What to expect in worship: Whether you participate in the more “casual” Saturday evening service or the more “traditional” Sunday morning service, expect a warm welcome and Holy Communion, to which all followers of Jesus are invited!

Our Saturday evening worship service can feature praise and church camp songs or more traditional hymns set to a combination of guitar, keyboard, or piano music. The order of service has been described as “simple or streamlined.” The pastor and other worship leaders tend to be more casually dressed.

The St. Mark’s Sunday morning worship service more closely follows what can be described as a “traditional” Lutheran liturgy—a consistent but flexible structure utilized weekly to provide a meaningful worship experience while speaking to the needs of the worship occasion. The primary worship resource used is Evangelical Lutheran Worship, also known as “the cranberry hymnal.” Worship leaders and congregation members respond to one another in the liturgy through spoken and sung words and prayer. The pastor and other worship leaders tend to wear robes.

The Sunday morning worship service can include a mix of organ, piano, guitar, and other special musical instruments played by congregation members and guest musicians. In the past, we have also been known to book praise bands or polka bands for fifth Sundays and other special occasions!

Come as you are, to the worship service of your choice! 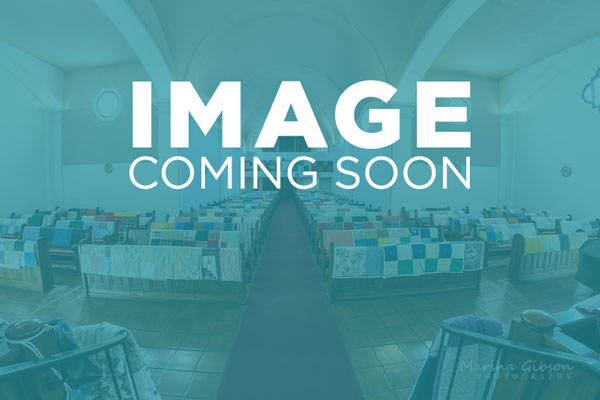 Efforts to start a Lutheran Church in Cuero began in 1880. St. Mark’s Evangelical Lutheran Church was finally organized on July 18, 1886, as a mission congregation of the German Texas Synod. During the time between these two dates, services were held in Cuero with the help of Lutheran pastors from Meyersville and Victoria. Services were held, originally, in the German School House (at the present location of East Newman and South Gonzales Streets) and in the Union Church, which eventually became the worship center for the German Methodists.

The first building, on the congregation’s property at Esplanade and Live Oak Streets, housed its first worship service on August 4, 1889. This building housed the worship of God’s people at St. Mark’s until the present structure was dedicated on Christmas Eve, 1939. St. Mark’s present worship building proved to be an architectural gem, acclaimed by Dr. Strodach in “A Manual of Worship,” as a “perfect example of architecture indigenous to its environment.” The external appearance of St. Mark’s Lutheran Church resembles the many missions planted in the early days of the Christianization of South Texas, making it one of the most photographed churches in our state.

The interior of the building is a classic example of early church architecture, built in the form of the cross. The nave is approximately 2/3 of the total length of the building, with the chancel area covering the other third. Near the chancel, the transepts extend north and south, creating the arms of the cross. Many people still find solace and peace in the sacred holiness of the church, even during the week, as they come to kneel or sit and pray. We hope you will come and spend some time in prayer with God in our sanctuary, and that you are as blessed in the holiness of this space God has given his people as we are.

A fire demolished the organ loft and organ in 1962. A new organ, organ loft, and choir loft appeared as a result of this tragedy in 1963, along with other refurnishing work in the sanctuary and nave. The baptismal font (pictured left) in front of the south transept was repainted by a young commercial artist from Victoria at the time, Dalhart Windberg. He gave his work on the statue as a donation. Today Mr. Windberg is an internationally recognized artist of great eminence.

On December 20, 1959, the ample fellowship hall and education building was dedicated to the glory of God for use by God’s people for “fellowship and education.” The Annex, which houses the church’s offices, some Education and Meeting Rooms, rest rooms, and small kitchen, was completed in 1986, as a part of the congregation’s 100th Anniversary.

The little prayer bell in the tower of the present church has a history all its own. This story has been told and retold, and probably revised many times over the years. We like the story.

The bell was first used as the ship’s bell on the steamer Reliance, a merchant ship of the Morgan Line that sailed the waters from Galveston to New Orleans, but also used the old city of Indianola as its port. When the ship burned and sank in the shallow waters of Matagorda Bay off Indianola in 1856, the Lutherans, with permission from the Morgan Line officials, recovered the bell and mounted it in their church. It served the Lord in this way for about nine years.

In 1865, near the end of the Civil War, Union gunboats bombarded the town and seized everything of value in Indianola, including the bronze bell. That night the bell was retrieved by George Wasserman, Dr. Lewis and Mr. Holzheuser, members of the church, and buried in a spot where it would be remembered and recovered years later. After the hurricane most inhabitants of Indianola moved to Cuero, the railhead of the Morgan Line. In 1889, when the church building in Cuero was built, it needed a bell. Mr. Wasserman remembered where he had helped bury the bell on the coast almost 25 years before. The bell was retrieved and called God’s people to worship at St. Mark’s for the next 5 years.

A member of the congregation gave the church a larger bell and the little bell was given to the Cuero Volunteer fire department, where it summoned volunteers to fires. When the little bell was replaced by a modern alert system, Mr. Joseph Pannen, a member of St. Mark’s Lutheran Church, rescued it from a trash pile behind the fire station. When the new building was built in 1939, the little bronze bell from the Reliance took its place in the tower as the smallest of the three-bell peal, and has been used as the prayer bell from then on. Each time the worshippers pray the Lord’s prayer together in worship, the prayer bell is rung. It also is tolled at church funerals when the casket is brought from the front of the church to the narthex after the service.

Our little prayer bell reminds us that we are like that bell. As times change, the specifics of our service to God and God’s people may change, just like that bell began life serving on the seas, called people to worship in two different cities, and called men to fight fires. All of these uses served God. We, too, may find our areas of service changing from time to time. Like the little prayer bell, we may spend a time buried, only to be resurrected and used again. We may even spend some time on a trash heap. Today, we have a constant reminder that God is never through with us, as long as we can live and serve God. Some of us remember that each Sunday morning. Join us and we will remember together.